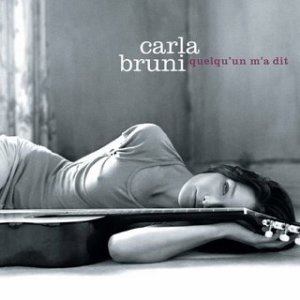 I know I’ve been boring, what with all the shop-talk about novel-writing and whining about how hard revisions are. So for a change of pace, today’s post is on music. I’ve been wasting a lot of time lately listening to music when I should be revising my novel instead, for a couple of reasons. One, it turns out a friend of mine writes a secret music blog (which alas, naturellement, I can’t link to, as it’s secret) that I’ve really been enjoying. It’s been a nice way for me to learn about unfamiliar music (which is most music except for pre-1950 classical and ultra-obscure things I come across on my Pandora station). And then my [now former] husband gave me an iPod for a surprise just-because present, so now I can listen on it.

So, first off, here are some songs that turn up in my novel (the links are to Lala, and you should be able to listen to them once for free).

That last song isn’t in the book per se, but the movie Wings of Desire

is, so that gives a taste of it (there was a nice commemorative review of the film in Slate last month).

Also, I thought I’d link to some songs in French and German, since people might not be so familiar with them and that makes it fun to share. A German friend introduced me to the group Wir Sind Helden, so here’s a song from them called Von Hier An Blind, from their album of the same name (you can’t listen to the whole song on Lala, unfortunately). It’s a great philosophical song, because it describes a state of aporia. The refrain goes:

Next up, a song from Louise Attaque, La Nuit from their album A Plus Tard Crocodile

. I’m not too sure about the lyrics, as I don’t understand them and they’re not printed in the CD jacket, but it showcases their distinctive violin sound—apparently one of the band members is a classically trained violinist, and there is a lot of great string work on this album.

You may have heard of Carla Bruni, first lady of France. We really enjoyed her album Quelqu’un M’a Dit

—my [ex]husband describes her sound as “very French.”  I was going to post the title song of that album, but apparently it was in the movie (500) Days of Summer

, so you’ve probably already heard it (I haven’t had time to see the movie yet, but it’s in my Netflix queue). Here’s another song from that album, L’excessive. The lyrics are awesome, describing every writer’s inner drama queen:

“I’m excessive; when everything explodes, when life exposes itself, I’m in an exquisite trance.”

And lastly, an old favorite, Kurt Weill’s Je Ne T’Aime Pas. Smoky, sultry cabaret. That’s the Ute Lemper version, which I had in my CD collection, but I was looking for more modern covers of it, and I think I like this one by Italian singer Laura Conti best: Je Ne T’Aime Pas. I really wish I knew of a contemporary indie cover. It’s a song about repressed passion and being stuck in the dreaded friend zone. Good times.